Drive for show and putt for dough? 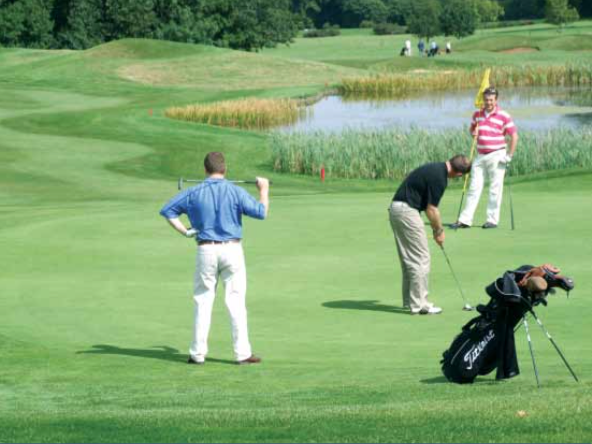 Drive for show and putt for dough?

The debate over the means by which golfers’ statistics are collected carries on apace. Do statistics that differentiate higher handicapped golfers different from those that separate elite players?

The traditional method of keeping statistics, namely, counting the number of fairways hit, greens-in-regulation or putts per round is passé.

Although these statistics are useful as ballpark figures, they do not account for the ying and yang of golf. By looking at putting statistics in isolation, for example, one may interpret that putting is a strong part of a player’s game.

However, the low putting average may simply be a by-product of poor approach play and a good touch around the green. The new statistical models for golf capture more of golfers’ reality. For example, new models calculate success rates for 10-foot putts, or driving distance against the field on a particular course.

These new statistics are labour intensive to collect, yet very informative and certainly more interesting than the traditional golf statistics. 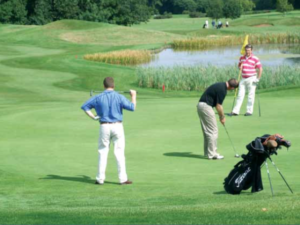 However, these new statistical models share the same problem as the old one – they focus on the performance of elite players.

Logistically, it is near impossible for recreational players to compare their driving performance on a specific hole against similar others. Additionally, recreational golfers are less inclined to invest the time to dissect their rounds. So what is still missing in the statistical debate is the recreational golfer.

We continue to know more about the performance patterns for elite and tour players, but as golf instructors, we still don’t know much about the key statistics of our typical players.

Because we know so little about the statistics of recreational golfers, as instructors, it is instinctive to map their performances onto the model of elite golfers.

But golf instructors may be better served to understand the statistics that differentiate golfers with a 24-handicap and those with an 18-handicap.

Or what statistics differentiate golfers with an 18-handicap and those with a single-figure handicap.

My hypothesis is that the statistics that differentiate higher handicapped golfers are different than what separates elite players.

And therefore, as golf instructors we can be more effective if we understand what parts of the game are generally most important for moving a player from a novice to mid- handicapper, or helping a player attain a single-figure handicap. Even if recreational students are diligent and keep statistics of their rounds, they are open to misinterpretation by golf instructors if the statistics are viewed through the lens of successful elite golfers.

For example, driving statistics seem to have very little bearing on the success of tour players, but I suspect that they do for higher handicapped golfers.

Anecdotally, novice female golfers I have taught might have bad short-game statistics, but until they increase their driving distance they seem unable to really take their games to the next level.

So although working on putting is helpful in the short- term, it doesn’t fundamentally address what they need to develop their games.

Understanding the statistical models of golfers of different playing levels will help golf instructors better meet the needs of their students.

Although gathering the information from a cross-section of golfers has to this point been elusive, a dedicated effort is needed to acquire it. Until such data is available, my hypothesis remains; the important statistics for recreational golfers are different than the statistics for elite players.

With this in mind, don’t be blinkered by the ubiquitous statistics on elite players. The conventional wisdom may not actually be relevant for the student in front of you.