Analyzing the rounds of the top two players in the field 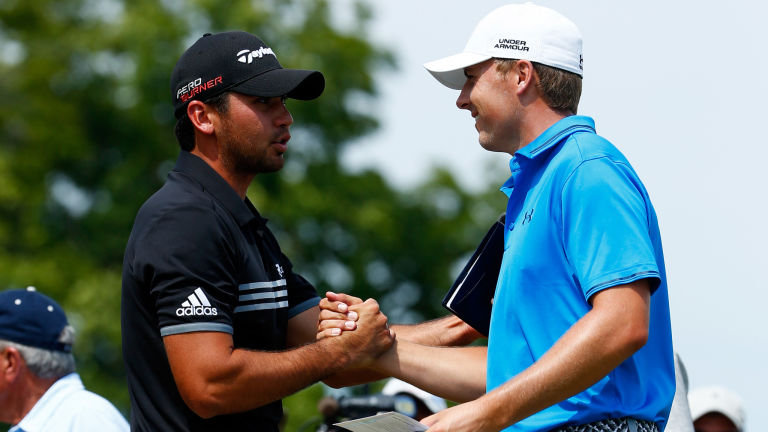 Jason Day vs Jordan Spieth: Who played better in the final round at the PGA Championship?

After Jason Day’s inspirational victory over Jordan Spieth yesterday at the PGA Championship, I wanted to see how his stats compared to Jordan’s in the final round. I am a huge fan of both players, and there’s no question they both played incredible golf yesterday. Upon taking a deeper look into it, I feel compelled to share my findings.

Going to the PGA Tour website to see and compare their statistics from Sunday’s final round didn’t give me the answer I was looking for. The only stats they show us for that one round is Fairway Accuracy (as a percentage), Greens in Regulation (as a percentage), Driving Distance, Strokes Gained Putting and their Par Performance (number of Birdies, Pars, Bogeys). Looking at the five pieces of information for Jason and Jordan, the numbers for all except their Par Performance were different, showing that perhaps Jason was the better player on the day. I needed to take a deeper look.

Using the Play-by-play for each player, I entered the final rounds for both Jason and Jordan into test accounts that I created on GRGS. What this gave me was a more detailed report on each player’s performance during Sunday’s final round, with more than 250 stats for each player that I could then compare side-by-side. After looking at the numbers and comparing the two players, my verdict is that they played near-identical golf, performing equally as well as each other in just about all areas of the game.

Here’s a look at some of the numbers that stood out to me and why I thought Jason and Jordan’s rounds were almost identical on Sunday. 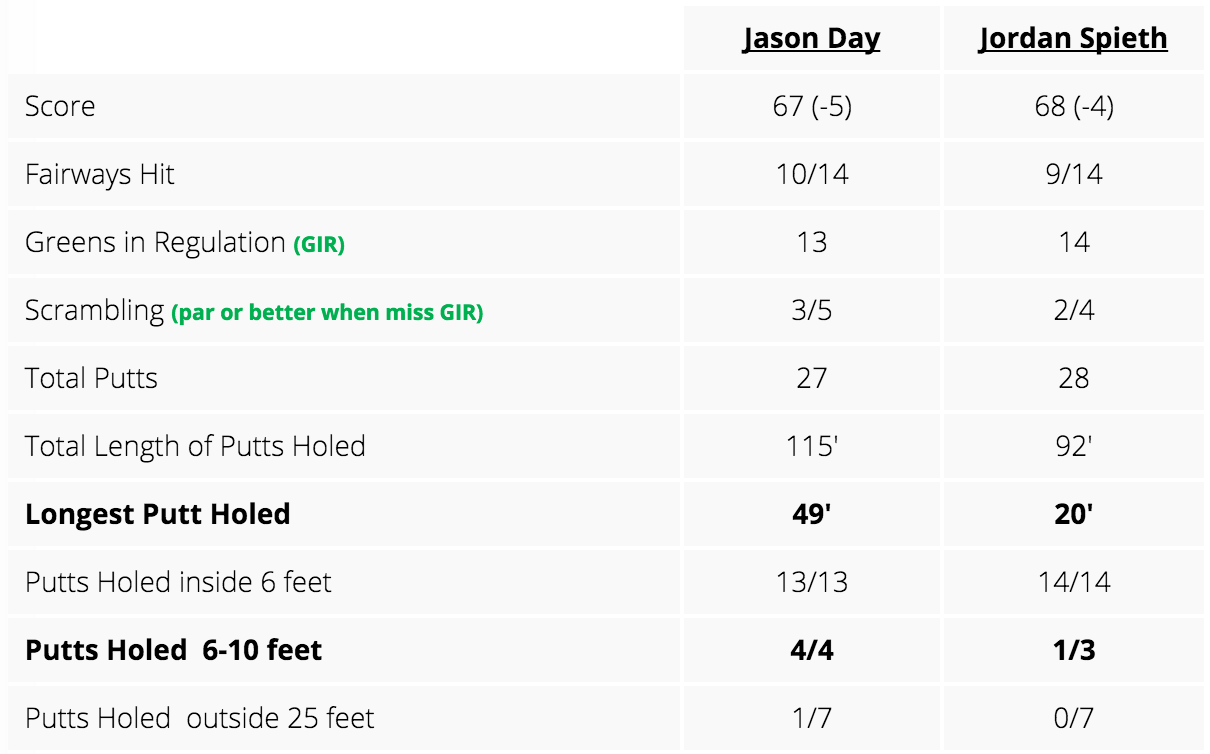 One shot separated Jason and Jordan yesterday. Jason hit one extra fairway, but Jordan hit one extra green in regulation. Jordan had one less putt than Jordan, and both of them holed every putt inside 6 feet. So looking at these numbers, there’s no difference.

The standout stats in my opinion were in their putting, with Jason holing a greater distance of putts for the 18 holes, which included a 49 foot putt that he holed on the 7th hole to birdie the par 3. He also holed 4 from 4 putts from 6 to 10 feet, whereas Jordan only holed 1 from 3. In total, Jason holed 17 from 17 inside 10 feet, and Jordan holed 15 from 18. Everyone has been talking about how good a putter Jordan is, but I would say Jason putted better yesterday. The Strokes Gained Putting stats for each player on the PGA Tour website back this up, with Jason at 1.285 strokes gained and Jordan at 0.904 strokes gained.

Credit must be given to Jordan. Had he been leading going into Sunday’s final round, or tied for the lead with anyone else other than Jason, he likely would have won. The fact is Jason Day outplayed Jordan over the first 3 days and that is what won it for him. Sure he played one the best rounds on Sunday shooting 67 in the final round of a major, bettered only by David Lingmerth and Brooks Koepka’s 66, but in my books Jordan Spieth played just as well as Jason did. Jason did a superb job handling the pressure especially playing alongside Jordan.

With this week’s second place finish, Jordan Spieth moves to number one in the world and he deserves that title. It will be interesting to see how long he maintains that position with Jason Day right there on his heels. I’m looking forward to the 2016 majors more than ever.